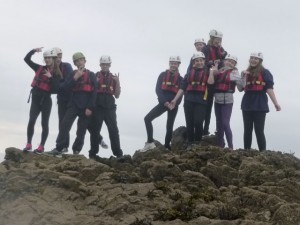 After a delicious full English breakfast, we went to the raindrops meeting area to find out today’s activities. Our team leader, Jez, made the decision that the group would go sea level traversing  and after two mountain days back to back, the team was relieved with the news. We were advised to use blue IKEA bags because we would be getting extremely wet and would need a change of clothes, the soaking ones would be placed inside the bags to save the mini bus from the smell of wet clothes and seaweed. As we drove towards the destination we crossed a bridge to a small island named Anglesey. Finally we arrived to the desired beach that our task would take place, Cable Bay. The beach is called this because the first telecommunication line from Great Britain to the United States of America ran along the beach. The team started climbing the rocks that surrounded the beach, we also kept an eye out for any life in the rock pools and managed to spot a shrimp, sea anemone and other fish that names have slipped my mind.

After wading through some water and leaping and scrambling from rock to rock, we finally finished climbing to the top of a cliff in which we followed a public path back down to where the bus was for an early lunch. Frankie Ramsden accidentally selected salmon paste in his sandwich, this was one of three options. He took one whiff of his salmon paste roll and he knew he would not be eating it, it was quite amusing to the rest of the Raindrop group, Frankie the dare devil. After lunch was over it was harness on, cows’ tails on, helmets and buoyancy aids on. We trailed up a cliff path to where Jez had set up a sea level traversing route, just before we could see the task, Jez showed us a burial ground in which was built approximately 2500BC, the quickest history lesson ever. After Jez` lecture we made a descent down towards the start of the rope in which we could attach our cow tails onto the safety rope, this was here in order to aid if one of our feet were to slip and we fell.  The rocks were unforgiving and sharp as well as being fairly slippery, luckily no one fell and got hurt. After we had conquered the sea level traverse we headed to Tyrolean traversing. This went down well with most of our team except from Sydney who struggled massively during the last leg of the traverse but she eventually made it.  After Sidney’s epic campaign we all made it and you wouldn’t guess what happened next, we all jumped in including Miss Hodgett and Carl (one of our instructors) did a front flip. The water was unbearably cold but now we are here (including Sydney) in the warm and dry. 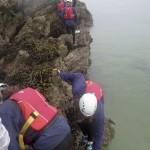 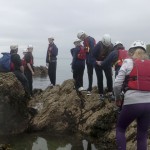 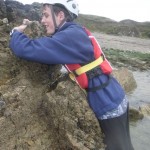 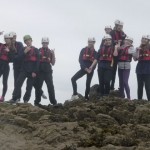 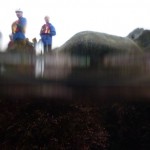 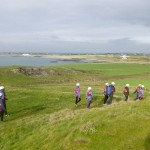 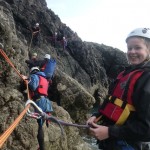 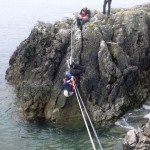 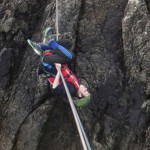 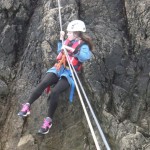 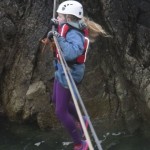 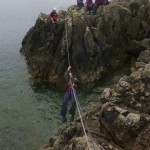 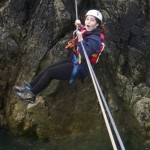 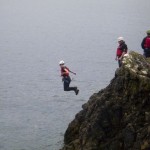 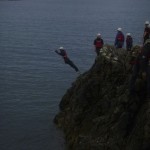 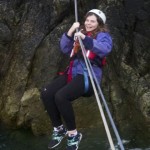 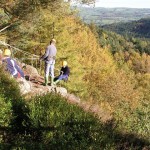