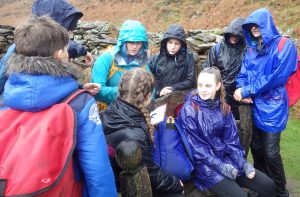 Today as the last day. Mary decided to go on a nice gentle hike and have fun. On this hike all we needed was: our clothes, our lunch, our waterproofs and our hiking boots. To get where we were going we took a van and a minibus. We parked the van at the destination where we were to finish and we took the mini bus to a lake.
We then left the minibus and walked along a rugged, public foot path. Soon we came across a bridge. At this bridge Elliot and Oscar dropped sticks to see whose would go the quickest in the water. Next, we started to walk up a stone rubble path, which meandered up a hill. Along the path we found a collection of a small house; Mary said that this would have been a shepherd’s house. She explained how he or she could watch all their livestock from his house because he or she was on a hill. Also, there was a stream and lake so there was water for his or her animals. We also ate our lunch in that house. After we ate our lunch we continued to follow the path up the hill. Then it started to rain heavily. Everyone reached for their waterproof coats. We now ascended the hill climbing over obstacles on the way. After looking at the amazing view, we descended the hill and followed a stream down over to a boggy area.
Along the downhill muddy path, we came across an old copper mine. At this mine Mary showed us how to find fool’s gold. To find it we looked for dark rocks and hit it with another rock to crack it and split it open. When you do that, sometimes you find gold and sometimes not. It’s all about luck. Klark was the first one to find fool’s gold in our group. After we had a hunt for gold we continued to descend the hill. On the way down, we saw a bench which was a memorial for a male who died while scouting. After that, we came across a river that we crossed by stepping stones. I fell in. WHOOPS! Now we continued down to a car park and ate some lunch. Next, we walked along a rapid river to the town where we parked the van.
At the town, we went to the toilet. Also, we went into a shop and brought chocolate and a drink. While we were there, Mary walked to the white van and drove to get the mini bus. While we were waiting for her, Elliot was talking to sir on how ‘Supreme’ [the brand] is good compared to other brands and explaining why it is ‘rare and expensive.’ When Mary got there, we climbed into the minibus and everyone fell asleep and it was silent. The only people awake were the teachers. 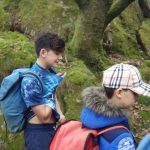 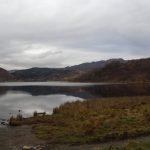 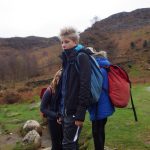 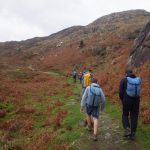 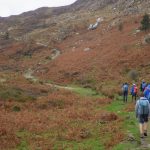 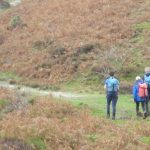 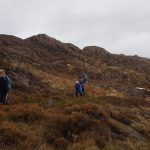 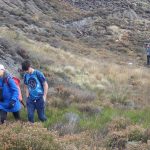 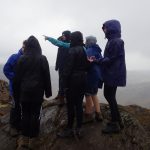 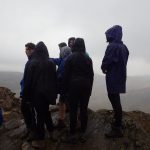 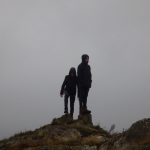 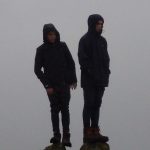 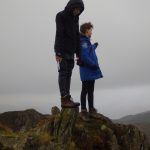 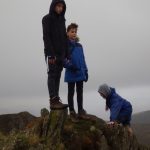 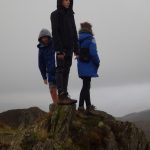 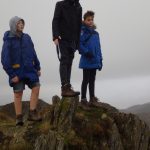 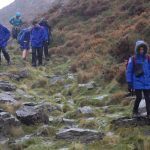 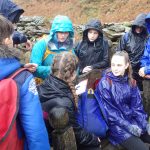 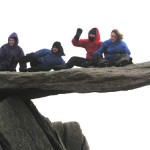