Posted on 6 November 2014 by Mr Alderson 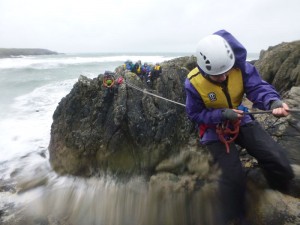 We woke up in the early hours of the morning with terrible bed hair (some more than others)! Forcing ourselves out of bed we got dressed very slowly and went downstairs for a delicious cooked breakfast. After we finished getting ready everyone met up in the common room to wish Beccy her 14th birthday and to say thank you to Mr Alderson on his 50th trip to Kent mountain centre. After we packed our kit including harnesses, helmets, waterproofs and many warm layers as we had already experienced many different times of weather. Our group snowflakes with our leader Mary, humorous teacher (Mr. white) and Robbie, travelled in the mini bus on the way to our first activity listening to music all having a little sing along and some snoozing. We arrived at our destination at the side of the road and trooped along to find a slippy slate “cliff”. The birthday girl was the first one to abseil down and found out how slippery it really was! We all managed to get down safely although Emma tripped and went the other way into the slate wall. Then Geena managed to get to bottom without mistakes but at the very last second she slipped on the wet grass and landed down on her back and Ella made her first few steps and made it to the middle she turned to smile at the camera with a terrified look on her face and turned round to finish going down and she slid and screamed!!
Unfortunately we had to leave to make time to do other activities so we all piled onto the minivan and half way there our song came on – “It’s all about da bass”. Where we sang along but with our own version we made “it’s all about Da Mountain” we made the day before. After about half an hour we arrived at a car park with a toilet block. To discover that the females toilets were closed. So awkwardly we had to use the men’s toilets not forgetting we all had harnesses on which things even worse.
Finally we made it to the beach only to find it was extremely windy! Not only that but we discovered that Mr White had picked up the wrong size shoes for Robbie. Not only small but a whole three sizes smaller. Robbie is a nine but had six size wellies. Instead Robbie had to wear some of his trainers which looked relatively new. It was really windy, so windy in fact it was hard to walk in a straight line. While we were waiting for Mary to create a really cool and scary Tyrolean Traverse we watched all the surfers trying but continuously fell off because it was so choppy. As we were watching, Amy suddenly spotted a head of a seal bobbing along in the huge waves. We all turned and stared until it disappeared into the deepness of the murky waters. Mr White being the man he was volunteered to test it out to make sure it could hold our weight. It was a horrific moment because one minute he was there the next he wasn’t. We all thought he had died, but luckily he bounced back up to the other side to prove it was safe. Then it was our go. Olly the man he was keen and volunteered to go first. All the girls were sat there still scared until we overcame our fear and braved the Tyrolean Traverse. As we got near the end of the Tyrolean traverse we had to attempt to flip. Only two people managed (Amy and Olly). We all hysterically laughed when it was Mr. White and Robbie’s turn. They attempted to flip over and over again but continued to fail miserably. Despite their effort neither managed to succeed, but they finally climbed across on the rocks to finish crossing it in defeat!! When we had all managed to cross to the other side we had to climb down some slippery rocks. After we made it to safe and secure land we collapsed onto the grass in exhaustion only to find the grass was as soft as cushions and I think I can speak for our whole group when I say we could have all easily gone to sleep at that moment.
After going back to the minivan for a quick lunch (including some yummy chocolate cake) we trenched along the beach to find a vertical wall we were expected to clamber over. Firstly we practiced on the edge of a stony cliff. We had to practise many different ways. We started just climbing along normally and then went to the extreme where we were expected to use opposite arms to leg and were not allowed both arms and legs on at the same time. Practise over, we turned to the wall and had to work as a team again to get all eleven of us over the wall safely. Which we done quickly and safely. It looked really difficult but as we done it we realised it wasn’t as hard as we thought. After we clambered over the wall we scrambled back to our minivan. When we arrived back at the centre we had kept our winning streak of getting back first.

By Geena Bowen and Ella Boswell 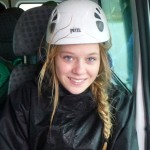 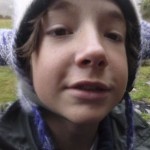 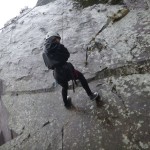 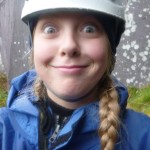 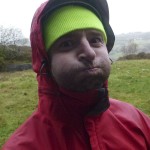 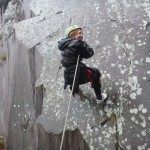 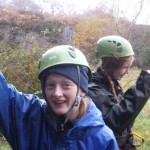 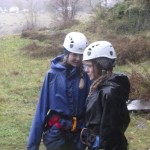 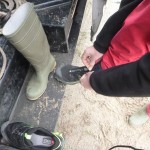 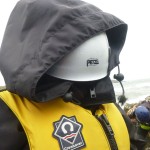 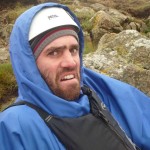 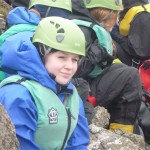 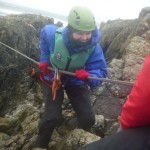 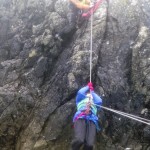 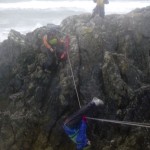 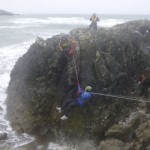 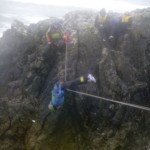 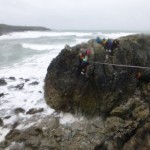 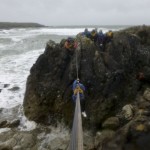 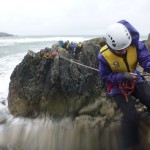 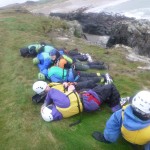 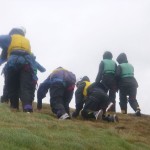 This entry was posted in Mary's Group 2014. Bookmark the permalink.