A lost mitten, a dead sheep and a lot of wind

Posted on 7 November 2013 by Mr Alderson 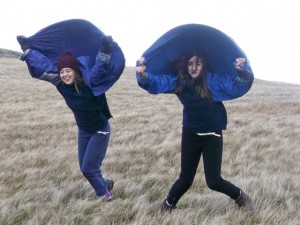 This morning, our group set off in the coach for some mountain climbing at the Northern Glyders, a collection of mountains in northern Wales. We started along a long and steep tarmac path up to the first mountain, with mostly sunny weather. Because of this we could see for a long way, and could see the sea from where we were; along this path we passed a mountain from which a lot of slate had been quarried, which also starred in both Clash of the Titans and Tomb Raider 2.
As we started to climb the mountain, we were confronted with 35/45 mile per hour winds. We stopped part of the way up to mess around in the wind, and did what Jez calls “Coat sailing”, of which there are pictures at the bottom. After this we continued our rocky ascent to the first of two summits that would be eventually reached. Just after starting the final scramble the top, I (Oliver) very briefly took off one of my borrowed mittens and held it in my other hand to do up my jacket zip, and the mitten was blown away from my hand and off the edge of the mountain in the strong wind!
When we reached the top, we took shelter in a partially ruined circle of slate (and other rocks) and ate our delicious lunch supplied by the centre, along with a hot drink to warm us up. This spurred us on to carry on walking towards the second peak, which would have been rather easy if it had not been for the buffeting wind. On the ascent of the second peak, the winds carried on ravaging us, and so forced us to take refuge in a circle of rocks. When fully rested, we started our descent of the mountain, and back along the long tarmac path back to the coach, passing at least half a sheep that had been left in the grass. The coach journey was quick and uninterrupted apart from the incessant singing coming from not only the back seats with the girls, but in the seat next to me, with Ronan giving his best efforts as well.
After getting back, we had dinner, which was very similar to Christmas dinner, in the respect that it contained turkey, stuffing, etc.

By Oliver and James 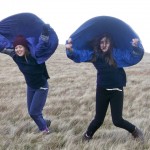 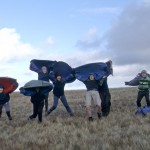 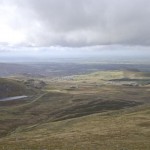 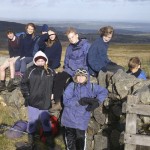 This entry was posted in Jez's Group 2013. Bookmark the permalink.