Snowdon and the seagull

Tim’s day started off very early with an early wakeup call and having to wake everyone else in the clyd (clid) up. Whereas Lauren woke up so late that her room were late for breakfast. The breakfast was a lovely bacon slice, potato waffles and a lovely spoon of beans (please read the above in a northern accent). So as breakfast went on Tim realised that today was going to go wrong and this feeling continued until he packed his bag ready for the day and lost his lunch, waterproofs and hats as he took a spare because it would be cold up Mountain Snowdon. After packing our bags and tying our boots (which if you were Ben was rather dodgy, who feels better now) we shuffled aboard the mini bus. Today was a special day for one of the members of our group, harry, it was his birthday, and what a way to celebrate your birthday 1000 metres above sea level.
When we arrived at the car park at the bottom of the mountain we were faced with the task that lied ahead of us. we stepped out the minibus the rain was imminent and we prepared our selves by pulling on waterproofs.
We set off on the long road ahead knowing this journey would not be easy. The path we followed to begin with was known as the miners’ road as the miners’ used it to get to and from their mines on the hill and the majority on miners would stay on cottages by Britain’s most poisoned lake. As we got to hear we realised how boring it was, honestly this track JUST WENT ON AND ON AND ON. Fortunately we decided to take the most dangerous route possible of climbing up to the summit. This route looked dangerous but as we started to ascend to certain death we realised this route wasn’t dangerous it was treacherous. As timmy prayed for his life he realised this could be the end. Lauren was in tears of how scared this route was going to be, she said to Tim “Tim… Can you tuck my gloves in I’m cold” which tim replied with “oh. Of course” so the ne3xt part of this scramble (just wrote this word and made me hungry now I want egg) route was the worst part as there wasn’t many wholes fo9r feet and hands to hold into.
After we all got up to the top of this we were relieved as well as concerned for our safety. The sheep poo we found of the rocks concerned us greatly as Lozza and Timmy we beginning to get worried that the ninja sheep up here might fall off the mountain edge. We got to the top of our scramble (hungry again.) route and were now faced with the worrying route ahead; this would be the most straining, the most tiring, the most…boring…
Walking.
As we set off Colonel Alderson(who was named this by Mr. White for some reason) leisurely said that we only had a 30 minute walk till we could stop. Tim’s faced was drooped. Walking along tim and lauren heard the squawk of one of the worlds most annoying birds, the seagull. Tim turned his head and just went” nooooooooooooooooooooo.”(This sentence doesn’t work unless you think about timmy doing this is slow motion) after hearing this the day was a little more depressing and as we carried on our long path it followed us up and up.
As we got half way the walk was getting ridiculous and Timmy was getting very tired. Lauren was being an amazing friend and incoraging Timmy to carry on. By now everyone was tired and dizzy and at one point Joe one of the team members slipped down the mountain however he wasn’t damaged.
As we closed in on the summit Timmy had a mental breakdown and was begginging to slow down as he group led off into the cloud base. Ben and Timmy were at the back once again and were walking so slowly I think that the rest of the team believed the zombie apocalypse was about to begin. As saw the summit time’s face enlightened and he thanked his prayers for saving his precious life. After setting up the camp at the top Lozza ate everyone’s raisins as she was very hungry for dried grapes.
On the descent Louis decided to be a ninja however his plan soon failed and he became one of us again. The descent was long and tiring however we eventually reached the bottom. Once we were back aboard the minibus and had set off we sung happy birthday to the birthday boy harry and went down the road. Along the road we met a bus and the colonel’s driving failed him as he took off the back of the wing mirror on a wall at the side of the road because he was speeding and not being a good Samaritan by letting the zooming blur of a bus through. We got back to the centre and all lolloped out the minibus and went to unpack their bags.
During the course of the day Timmy’s zombie symptoms increased and now lozza is sitting in the lecture room fearing for her life as Timmy is beginning to turn.
So this is lozza saying goodnight and of course Timmy too

By Lauren Palmer-Jones and Tim Norman 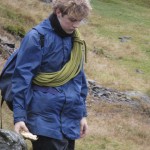 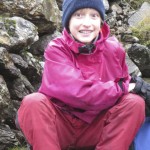 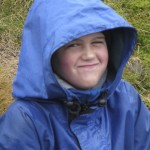 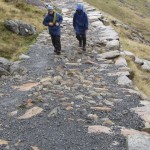 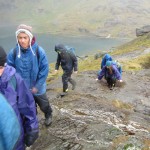 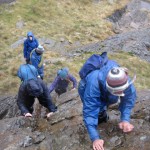 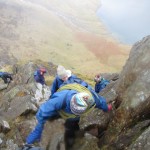 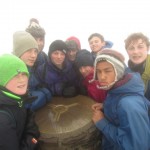 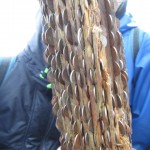 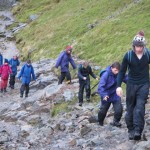 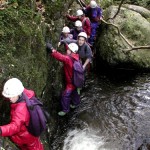