The (more than) Three Peaks! 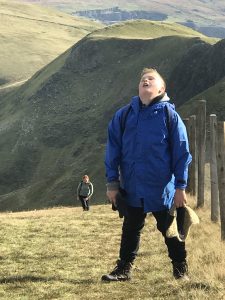 After having breakfast at 8 o’clock (really early for some people) we gathered in the common room to discover our groups for the coming week. While waiting we enjoyed some quality time watching Justin Time, Ben and Holly and Peppa Pig. Once we were separated into our groups, we had a conversation with our instructor about activities we were keen to do in the week and any potential strengths and weaknesses, we decided to go for a mountain hike. A short while later, we set off on our trek up the mountains.

It started off as quite laid back, walking at a steady pace on a smooth path past never before seen Welsh animals, also known as sheep that reside in Wales. The three peaks we wanted to reach were those of Foel Goch, Foel Gron and Moel Eilio. After walking for just over an hour on the tarmac path, had a short break, and began the more difficult remainder of our journey. This was very steep uphill and along a very grassy and rocky terrain. It was a lot more tiring. After finally reaching our first peak, we stopped for a bite to eat but some of the more immature members of our group were more fascinated by the layer of ice that had formed over a deep puddle. Once we finally convinced Liam and Adam to part with their beloved puddle we carried on down the other side of the mountain. Rachael, who by this point was tired and had achy joints, tried desperately to convince Beth to carry her in her backpack. Funnily enough she refused!

Time for the second peak! After reaching the valley between Foel Goch and Foel Gron we began to climb the latter. This was very long and steep so required a lot of energy but once at the top, Liam decided he just wanted to sleep. The view from the top of the mountain was incredible and we were all breathtaken by the beautiful Welsh scenery. The extraordinarily steep drop from one part of the mountain sparked a discussion about Cheese Rolling, a traditional Yorkshire tradition in which people risk their lives by rolling after a wheel of cheese down steep mountains and hills. Ms Webster was very knowledgeable about this extreme sport- we decided not to try this as we had no cheese and henceforth we all think she was secretly disappointing. Not only this, she also tried to cram in a bit of maths- talking about the hypotenuse of Snowd0n, we all switched off way before the words ‘Pythagoras Theorem’ were even mentioned.

We continued with our mountainous walk- the next peak was the top of Moel Eilio- the only problem was that we could see 3 other peaks in the way. It turns out that these were not actually classed as proper mountain peaks due to the fact that they were too close together! The only problem was that they required the same amount of energy if not more. While we were making our way to the third and final peak, Beth, Rachael and Adam began an in depth discussion about Marvel in which Beth started ranting about the latest film, Infinity War. We will make this spoiler free but will just say that she was unhappy with many aspects of the film, including the hair colour change of a main character and an unsatisfactory ending. This conversation distracted us from the difficulty of the final climb.

When we finally got to the top of Moel Eilio, we all stopped for a well earned rest.To Liam and many others’ satisfaction, it was all downhill from there. Despite this it was just as perilous due to the fact that it was steep, rocky and covered in frost that we slipped on multiple times. This very long downward slope was not kind to our ankles and knees! By this point it was about mid afternoon and we were getting increasingly tired and anxious to get back to the centre to give our feet a nice break.

Once we were clear of the mountainous terrain we had to walk through a forest where our instructor pretended to not know the way, thankfully Ms Webster’s keen eyes remembered one of the paths from our late night walk the day before! We then walked through the pleasant Welsh village where Rachael was fascinated by a restaurant called ‘Pete’s Eats’. A short while later, we arrived back at the centre and were all satisfied by how much we had done and interested by the other groups’ own achievements. We all had a great, tiring day and were eager for a good night sleep!

By Rachael and Beth 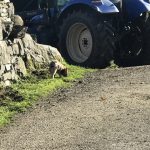 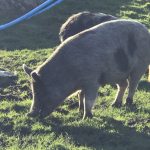 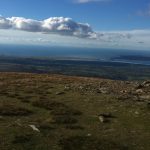 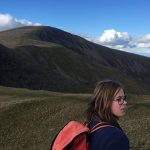 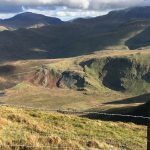 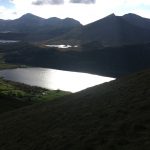 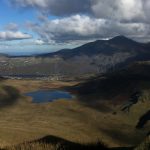 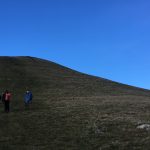 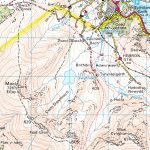 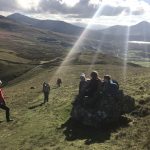 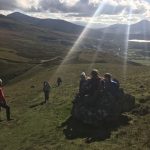 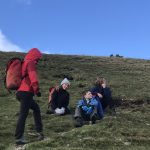 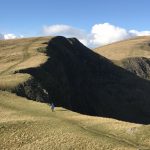 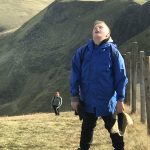 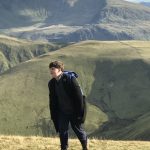 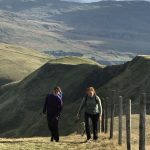 This entry was posted in Hailstones 2018. Bookmark the permalink.