Today we ventured up Y Garn one of Wales’s mountains that stands 947m above sea level. When standing at the bottom of the mountain there were many stunning views of mini waterfalls covering all over the cliff faces. The higher you got up the mountain the more exotic views you experienced. Before we got to the mountain there were still amazing views on the way. Everyone in our group walks at different paces so some people had to stop for a while to let the ones falling behind to catch up. Even though it was quite tiring, once you got to the top it was worth it. You could see all the surrounding mountains, rivers and houses, even some piles of slate down by the river below which makes you then realise how high up you actually are. Over parts of the cliff there were quartz covering the cliff top. There were a variety of different sizes each with a unique look.
Throughout the day we all did many things. Some were stupid and some.. Yeah. It all started when Lilly decided it would be fun to fall into a deeply muddy puddle and coat her leg with mud. Then everyone followed. Issy fell down the mountain because she’s quite clever. Simon Decided to try giving a rock a hug by falling into it, lets say it looked quite painful. Kai tried falling into a waterfall and got a bit wet. Rebecca almost fell over everything even though she’s not clumsy. Grace and Lucas. Well they didn’t fall and stumble like the rest of us. That leaves one. Finn. Once we arrived back to the centre Finn had fallen asleep but didn’t wake up at first. Honestly we questioned whether he was dead at first but after a few slaps and a bottle to his head he woke up 🙂
This was our pretty good day

By Issy and Rebecca 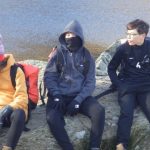 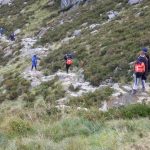 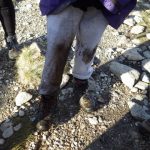 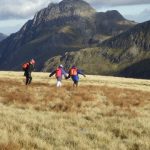 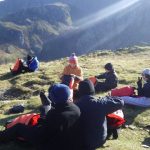 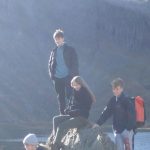 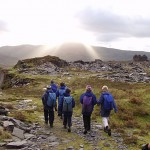