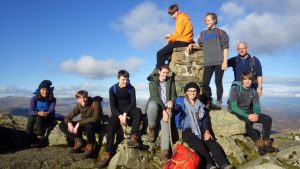 After our breakfast which consisted of Bacon, Scrambled Eggs and Smiley Potatoes, we made our way onto the minibus, which was accompanied by Lola demonstrating how if someone mentions a single word, she can think of and sing a song that consists of that word (for example, if someone said the word sheep, she would burst out and belt ‘Bah Bah Black Sheep’ at the top of her voice.)
After our 15 minute long musical minibus ride, we arrived by a hotel and started to embark on our walk to the mountain (not even climbing it yet!) We went up a very steep path and on our travels we witnessed lots of sheep being herded off of the hill and into their pens. We carried on walking for 20 minutes until we reached a flat raised area in front of a lake at the valley by our mountain,where we sat down and had a snack.
After our 10 minute break, we climbed aside a slate pile, Mollie had a wonderful climb, considering that she fell into a bog and got covered in mud. Thankfully, (for her) her leggings were Annabel’s (Poor Annabel when she found out!) After everyone finished laughing at her, Will helped her out of her predicament.
Once we finished climbing up the slate pile, we arrived at a waterfall where Olli and Will kept throwing rocks into the water, on our way around , about to go up, Olli found an old abandoned mine shaft entrance, but it was too unsafe to go in.
After that, we started scrambling up some rocks, which meant we had started ascending properly up the mountain. After a short climb up the rocks, we took a quick break which ended with us all having a conversation with our instructor, Emma, about the scenery in the distance, this included an old nuclear power station, which springed out conversation into talking about fracking and electric cars.
After this short break, we started climbing up and around rocks most of the way up of our mountain. On our climb, we encountered two different paths up the mountain that we could take, one easy and one hard. Everyone decided to take the hard way up as it was more of a challenge for us. One of these was a few ‘steps’ that went up to the next area we were heading. The other was a concave gap in the rock that we climbed.
After everyone reached this point, we all carried on following our instructor up the mountain which was very tiring and demanded all of our energy that we had. After climbing practically vertically for around 15 minutes, we arrived at a small flat platform with a deadly ledge at the side that dropped straight down to the waterfall mentioned earlier. After another painfull climb, we finally reached our final point before we got the summit. After a short walk up a rocky, icy hill, we finally reached the chilly summit of the Moel Siabod.
On the summit which was 872 meters from sea level, we finished the rest of our packed lunches. Here, Will climbed onto the edge of a ledge overlooking the mountain, (certainly scaring our instructor!) After a long 15 minute break, and being plummeted by Jaan throwing snow like it was Christmas, we started walking towards where we came from, but took a slight detour to get back down. At first, it was a gentle, easy angled slope that we walked down for a while, but we arrived at a more steep slope, with many streams, icy rocks and holes in the ground full of deep water. For around half an hour, we tried (in some cases failed) to keep steady on our feet, this was even harder for Jaan as he was being ‘chased’ by a small, harmless dog that belonged to the family that was behind us. Walking down, we tried to dodge Ollis and Wills ice sheets being plummeted down the hill. Luckily for those not wanting to be struck by ice, Olli stormed ahead and made it down the the bottom of the slope around 5 minutes before us all, but the walking still wasn’t over. With sore legs, ankles and feet, we stuck to the path and carried on walking through some fields, inhabited by many sheep. Olli and Will certainly enjoyed these sheep as they were chasing them around, and Will even hid in the grass trying to become one of them. After hopping over many styles, we finally recognised where we were and ended up on the path that we were earlier, passing the sheep pens, up a small slope and down winding dirt track. Afterwards, we headed down our final hill, which was the worst as we were all aching from the activities beforehand. From there it was a small five minute walk back to our minibus and a journey that seemed much longer than it was on the way there. This was our second mountain climb at KMC.

By Harry Dunk and Grace Maskell 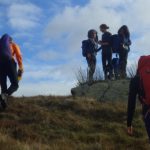 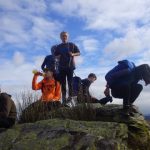 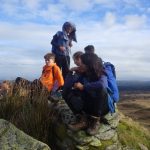 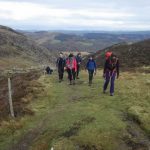 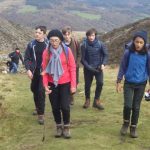 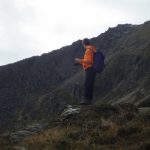 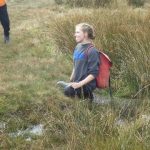 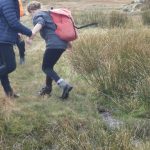 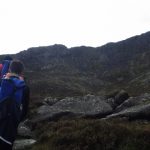 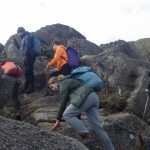 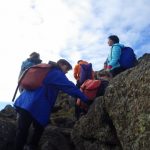 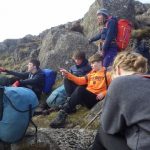 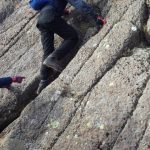 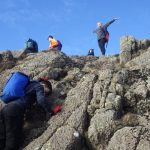 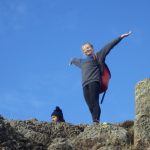 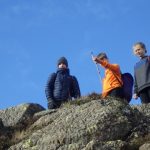 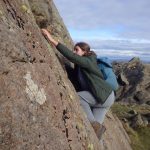 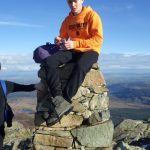 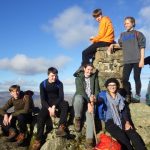 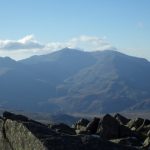 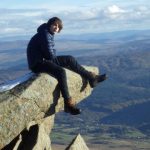 I'm an ex-Dane Court pupil (1992 - 1998) who attended the KMC many times whilst at the school. I took part in February and November visits to the centre at every opportunity, I took part in maintenance visits, a 'summer expedition' and I was a successful applicant of the school's 'E B Fitzpatrick award' regarding a climbing expedition that I organised and undertook to the Peak District with a fellow pupil. Since leaving the school I have kept a keen interest in 'all things outdoors' and particularly enjoy helping out with the annual KMC trip. I like to challenge myself - In 2009 I completed the '3 peaks / 24 hr challenge', in 2011 I cycled 500 miles in a week from Land's End to Broadstairs, and in 2017 I ran the London Marathon and the Thanet coastal half marathon. Next year I am considering the Brighton Marathon and the Thanet coastal Marathon & will be introducing my kids to North Wales and all it has to offer. One day I would like to run the Snowdonia mountain marathon and an ultra marathon! I have experience in all of the activities offered at the centre, and have attended as a staff member numerous times previously. My main interests are climbing, walking and running, although currently most of my time is spent chasing around my 6 year old son and my 3 year old daughter! So I'm pretty good at Lego and colouring too! Here's to another successful trip!
View all posts by Mr Taylor →
This entry was posted in Sunbeams 2018. Bookmark the permalink.