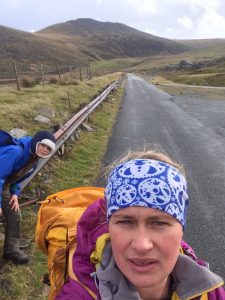 Last night, we did some outdoor problem-solving activities. The most notable moment was probably when Joe swung on the rope with a full bucket of water and got drenched. It was extremely funny. Some people went to the climbing centre, it was fun but also challenging.

This morning, Hailstones reached 3 mountain peaks. We took the minibus to the bottom of the first path. Then we slowly made our way up to the bottom of the first mountain (Carnedd y Filiast). Once we made it to the peak, we sat down and ate our lunch in a stone shelter. As we continued, it was downhill to the next mountain (Mynydd Perfedd). There were very harsh gusts of wind. Mary was worried that Jacob would fly away so Chris had to hold him down. Aiming to reach the second peak, we scrambled up some steep rocks, almost slipping on the frost. We made it up to the second peak with thankfully not too many slip ups (unlike Rachael yesterday). The climb up to the third peak was quite challenging for some of us. At one point, as we were walking across a very narrow ridge, the gusts were so strong that we were almost thrown down the cliff. It was very exhilarating and quite scary. We all had really great attitudes and tried our best to help each other and work as a team. On the final climb to the third peak (Elidir Fawr), the rocks were quite wobbly and slippy. Beth was walking across two rocks and all of sudden she was laying on her stomach with her head in between them. About two metres from the top, Chris was excited and happy to have made it to the peak. He seemed to have forgotten that he had a big rucksack on and accidentally barged Rachael out of the way and she fell into the rocks. When we had all made it into the stone shelter on top of the final peak, Mrs Webster decided it would be a great time for a photo and stood on the top edge of the shelter. We were worried that if the wind blew hard enough, she would be knocked off of her feet and thrown down the steep side of the mountain.

Filled with pride to have accomplished our goals for the day, we began the journey back down to the minibus. We had to take baby steps as it was very steep and also quite slippy. We stayed tight as a group to prevent anyone falling down and severely hurting themselves. Luckily, nobody was hurt. However, on our zigzag route down the mountain edge, Beth’s feet began to slide and she fell down, rolled over a rock and then slid down the mountain path until she was finally caught by Liam. It was very funny and Beth was not hurt. A few times down the mountain, Rachael also slipped. Once we were off the main area of rocks and onto the grass, the ground became very steep and we have to move extra carefully. Adam decided it would be best to grip onto Rachael’s bag and attempt to pull her up when she kept slipping over. We also all took it in turns to use the mountain stick that Mary had in her bag. Slowly but surely, we made it down the steepest part of the mountain and onto the much less steep part of the journey down. As we kept making our way down, we found a rock that as you stood on it, it flipped and the person stood on it plummeted into a hole. Aenea was the first to discover it. Eventually we made it back to the minibus and we drove to The Centre. On our return, we returned all of our kit and cleaned out our lunch boxes. Dinner was either Bolognaise or Macaroni. Dessert was either Angel Delight or Sticky Toffee Pudding.

Best Parts:
Reaching the final peak
Scrambling up the rocks
Working together and supporting one another

Worst Parts:
The rain at the beginning

By Rachael Lewis and Aenea Goult 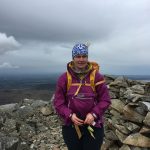 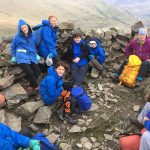 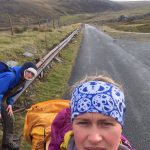 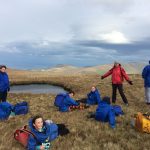 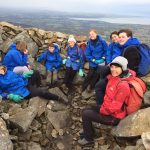 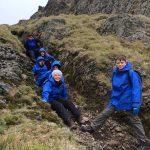 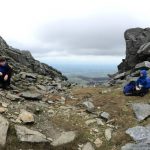 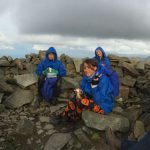 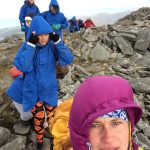 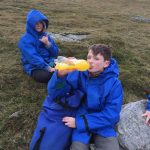 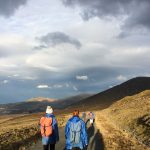 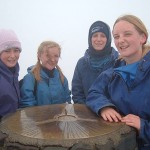