So basically we climbed a mountain

So starting from last night’s evening events, our group started with the hanging maze. For this challenge, there was a black 8 ball and a hanging maze (literally) with holes and numbers. We had to move the ball to the numbers (from 1-35) in order without the ball falling into the holes. When our group started, we were doing quite well, due to the fact we were actually concentrating, and were able to get to 1 because we thought 27 was 2 but never mind whereas the other team got to 4. For the blindfold square, we were blindfolded and were told to make a square out of rope. This was actually quite difficult for us as we were all over the place but we soon found out a “good” strategy. That was Grace lying on the floor looking like a star fell on the floor and then my team wrapped the rope around Grace (which kind of sucked because she got kicked in the head like 5 times). As for the other team we found that having four people (one on each corner) walking backwards made a rough square, then one of us walked around the edge and tried to figure out whether it was a square or not. Turns out it was a rhombus. For levitation, both of our teams were together but still split. We were all told to make a structure which made the whole team at least half a metre off the ground. Rebecca’s team made a really good structure that worked but I think it was only because they actually knew how to tie knots. Our team were happily making failed structures because we didn’t actually know how to tie poles together.

The next day, we climbed Glyder Fawr, it was more of a scrambling mountain than a walking one which we found better. When we first set off it was a quite a long, steep walk to the scrambling part. We walked across a large bog and we bounced on it because it was bouncy. We found some blueberries growing on a bush and we all tried some (they were quite sour since it was past season). After that we carried on the steep part which killed our legs and were talking about our childhood TV shows and then stopped for a short tea break before the climb started. When we started climbing, it was a bit slippery because there was a small waterfall the entire way up. Issy and Lily both slipped on the way up which was quite funny. When we got to the top of the mountain we saw some large sheep and goats. We found a large boulder and climbed on top of it, Lucas slipped off but was able to make it to the top of it his second try. We found some weird grass things that has a material that when you peeled it, you could use it as a candle wick. We started walking back and found some red moss that you could drink but the water when it got squeezed out is slightly acidic. Issy tried drinking some but failed. We stopped by a waterfall and drank out of it and it tasted like ice. On the way down there was a small flock of sheep and the rocky steps were really slippy and we all at least fell down once except Kai. On the way back (since everyone was exhausted) we all fell asleep except from Rebecca and Lucas.

By Grace and Rebecca 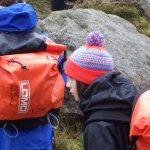 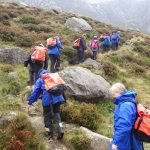 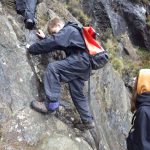 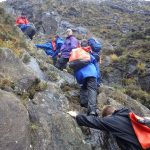 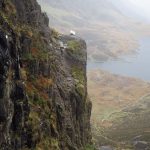 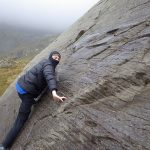 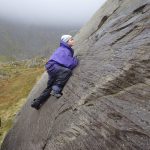 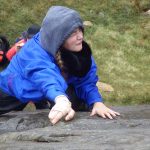 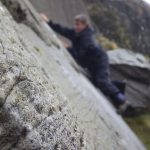 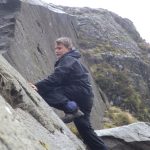 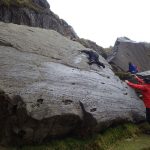 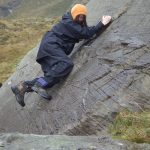 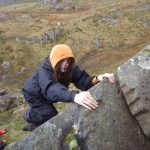 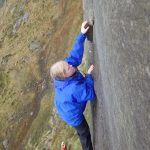 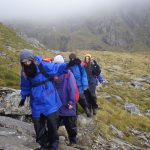 This entry was posted in Sunbeams 2019. Bookmark the permalink.