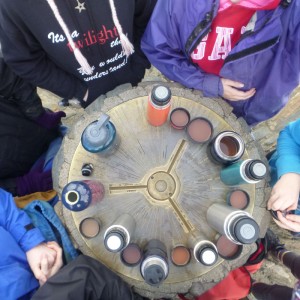 Our group, The Raindrops, were faced with the daunting challenge of climbing Mount Snowdon, THE BIGGEST MOUNTAIN IN WALES!!! “It’s really pretty” was all I could say when I saw the gorgeous blue lakes and lovely scenery (Molly’s been saying this all week…)
After assembling at the mini bus at 9:15am we set off on the short journey to the starting point. Just as we were about to set foot on the miles long (no kidding!!) miners track, Jez, our group leader, realised that he left ALL of his equipment back at the centre. This included all of the spare hats, gloves, balaclavas and, most importantly, his LUNCH! To great amusement of the team he had to venture back to the centre to collect his lost belongings. Meanwhile we trekked the first few hours towards the great summit.
Soon after we reunited with Jez and his EXTREMELY important equipment (don’t forget the lunch) we stopped for a snack. This gave us a chance to take in the amazing scenery around us, at this point the top of Snowdon was hardly visible! All around us was history, from the ruins of buildings to the tracks left in the rock. One particular ruin was known to be the old washing house for the iron collected up on the mountain.
Unbelievably we came across many people walking their dogs along the stairway to the summit for a casual morning stroll. There were also a group of soldiers in the army setting a record, that at that moment stood at 48 minutes up and down. As well as this, to our amusement, there were sheep munching away at the luscious green grass on the steep slope. I wondered how they managed to keep their balance.
It was getting harsh, people were doubting their ability to reach the top. This was definitely one of the lower points. But we pushed on. Today was definitely a tortoise day, not a hare day. We carried on plodding…
At one point Mia (that’s me!!!!) got so hot from the exercise she picked up a massive handful of snow and rubbed it all over her face (what a weirdo!)
Before we knew it, we had reached the top of the rocky staircase. It was a great achievement and we hadn’t even reached the summit yet! Just as we stepped foot on the ridge, the heavens opened and it began to snow!! It was great because we met another group from our trip at this point, what a pleasant surprise. We felt revitalised.
After a quick natter we scrabbled to the imposing summit, taking pictures along the way. It was so cool because we were inside a cloud and there were patches of snow (I guess that’s why it’s called Snowdon – badum tss) #creditstomia’samazingcomedy
During that awkward joke Mia had a nice conversation with an elderly member of the Welsh public that we were from Thanet, on a school trip not on a “Morning stroll” as he put it. I (in brackets Mia) almost gave him our school name.
Moments later, we found ourselves on the very top of Snowdon (how did I get here!?!!?). The views were breath taking, it was crazy to see how far down the lake we had taken our first break at was! Amusingly, I (still in brackets Mia) had my attention drawn to a seagull that was purposely walking along the very edge of the mountain which was a pretty rebel move!
The next part of our adventure took Molly to the train tracks where she found herself liberatingly going up against the elements in a bid to empty her bursting bladder, along with three other girls. We then carried on the descent down the mountain. But not to forget Jez and the boys that also needed to wee. They just had to find a less visible point. Sorry about the gory details.
We then slightly boringly finished our trek home along the long winding path back to the mini bus.
By Molly Rennie and Mia Jacobs 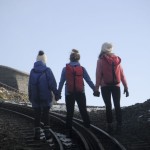 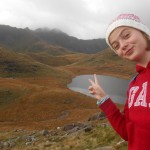 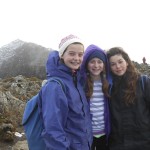 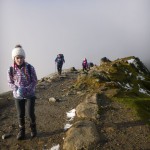 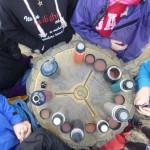 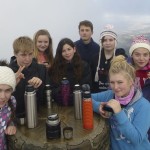 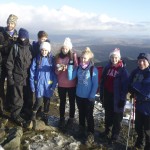 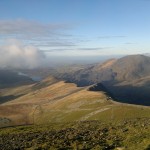 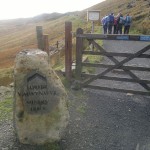 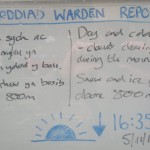 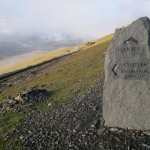 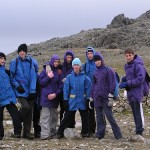