Posted on 5 November 2014 by Mr Alderson 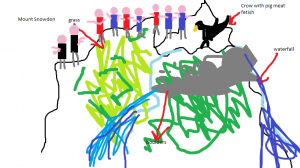 Today we climbed from the lowest point of Mount Snowdon to the summit in 3 hours (bearing in mind it is 1085m steep- or 1km vertical). Our day began at 7:00am when we woke up and got ready for breakfast; eggy bread, sausages, spaghetti hoops, toast and croissant with jam.
We set off at 10am to go to the start of the long journey to Snowdon, we looked up to see the mountain. We knew that the hike would be daunting because we crossed a rope with a sign saying “Danger unauthorised access” Mr Alderson was unfazed by this (he’s a mountain climbing ninja) we then had to get across this stream as we needed to get to the other side, luckily rocks were and we managed to stay upright. Whenever we would think we are near we would see just more and more heights of mountains above us. It was huge and extremely steep, it took a lot of effort to make it a quarter of the way- although Torin still managed to look cool in his sunglasses when we reached the top. Even when we experienced hail, rain, sun, sleet and snow, it did not dampen the spirits off us marching up! We had a really really nice lunch it was good.
At one point we had to scale a minor cliff face to get around a small waterfall, it was really slippery and scary, Torin lead us and nearly fell. We then encountered the steep vertical side, which was meant to be a skull face, which you can see from further down (although, I couldn’t find the skull from one angle- however, I did see a dog face….). Charlotte has a fear of birds, at the summit we discovered that seagulls must of followed us from Broadstairs, she was not happy. We had learnt to climb steep and slippery surfaces throughout the walk which thankfully came in handy on the way back because we seemed to have found never ending rock stairs, which were dangerously slippery. We all fell over one time this trip; either on the way up or on the way down. My favourite part of the trip to the top of Snowdon was seeing everyone slip and fall over in the snow also the whole team enjoyed knowing that we were faster than the other groups, we were the supreme sunbeams.
During the whole trek we thought a pig had joined us on the upper slopes of Crib y Ddysgl, Torin got ready for bacon, but unfortunately it was a dodgy looking crow which we think had a chest infection or a fetish for pig meat. Then, at the summit of Snowdon we encountered a stunning view looking down upon a mountainous terrain scattered with gorges and lakes. We could have followed the easy old miner’s path back to the mini bus but we decided that Keith and Mr Alderson had not endured enough pain so we took the rocky route over the side of a boulder filled hill.
After that we basically ran to the car park because Eva and Charlotte needed the toilet, the journey ended with a dash to the showers and toilets at KMC, luckily no one in our group wet themselves.
After all this we all felt like we had achieved something spectacular! 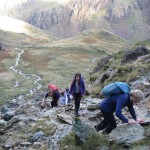 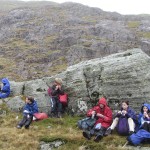 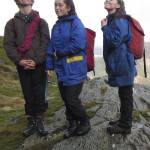 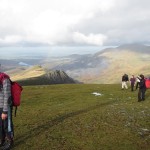 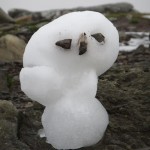 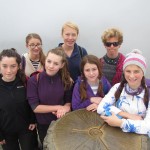 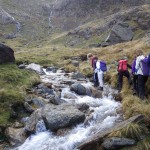 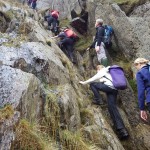 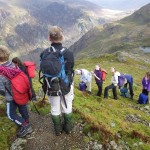 This entry was posted in General, Mr Alderson's Group 2014. Bookmark the permalink.